For the past several nights I’ve been interrupted in my sleep between the hours of 2am and 5am. Not because of stress, fatigue, insomnia, or the spirit of lack. But because of mixed emotions around society ranging from exhaustion, disappointment, and all the way to hope.

But as someone who is led by spiritual principles, I’m a believer that during the wee hours of the night is the most powerful time to pray. It’s the ending of one transition and the beginning of another.

If impact is going to be made, now is the time to do it.

Our nation is in a place of transition. From the sickness of the body to the mental disturbance of the mind, to the loss of homes and financial strength, to the unfortunate deaths of human lives caused by the COVID-19 pandemic. Folks of all kind, have experienced a loss over the last 60 to 90 days, whether personally or by someone they know.

Now, we are transitioning from a pandemic into a united nation of protests, and later this year our nation will decide once again, how to transition our economy and the future of our democracy with the 2020 Presidential Election.

James Clear said, “continuous improvement is a blend of reflection and action”.  I’ve sat back and reflected on the peaceful protests around racism, racial injustice and inequality, police brutality, and human rights initiated by the unfortunate public death of George Floyd. The unity and diversity in these peaceful protests are stimulating.

They are forcing organizations to make public statements whom in the past may have chosen to ignore reality.

So, we are past reflection, it’s now time for action.

Folks of all kinds have joined the Black Lives Matter movement not only because they believe that Black Americans’ lives are important but because they hope for a world where systemic racism, racial injustice, and inequality of all kinds no longer exist. Folks are tired of the chosen ignorance by those who can effect change, apply a change, and demonstrate change within our legal, political, and corporate structure.

No one can deny the injustice and racism that marginalized groups experience. Because marginalized groups aren’t just identified by race or color. It speaks to the social, educational, economical, and political disadvantages in a society of all folks.

Folks have said to me they’ve never experienced racism so they can’t relate. Yes, you have. By part definition, experience is to observe. You may not have been a personal victim of racism, but you have observed it been done to someone else.  Even if it was through the lens of a video taken on a smartphone.

I recently heard someone say our country no longer has hope. I disagree. We saw hope when our nation elected, and re-elected, its first Black American President, former President Barack Obama. This is a prime example that change begins and is influenced by the leadership you have in place.

We, our nation, have come a long way in the fight for justice and equality for all, but the war is rooted deep within the history of our country.

Challenge yourself by asking yourself “Am I racist” and answer honestly. If you don’t like the answer explore the reasons why and make a change.

If you are an organization, take a look at your leadership and ambassadors, “Do you represent diversity and inclusion, and have you activated equity?”.  If your answer is no, then make an effort to do so and eliminate any excuses for why you can’t.

Is your product or service purchased and consumed by black and brown folks and marginalized groups? If so, then I challenge you to stand up for what’s right. Because during these times, no one can turn the blind eye.

Change starts within. Take a good look in the mirror and reflect on your own biases. What action needs to be taken?

Jamara Wilson
Jamara Wilson is a multifaceted and discerning businesswoman who operates in excellence in all she does and isn’t afraid to be the only one on a narrow road. She is the Owner of Tuxedo Impressions LLC and the Owner / Business Development Manager of Progressive Cleaning. She is recognized for her leadership abilities and passion for evolution. She supports and educates other business professionals in small business management, operational agility and vendor relationships through consultations, published articles and public speaking all while sipping a warm cup of tea. To learn more about Jamara visit www.JamaraWilson.com. 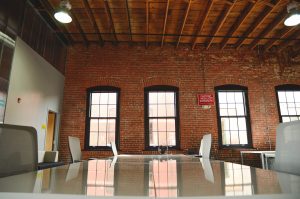 5 Ways to Implement Company Culture As a New Entrepreneur

Having a great company culture starts in the beginning. The moment you are an entrepreneur or startup, you... 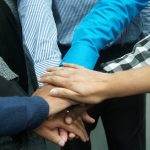 Great Teams Make the Most of Individual Talent

How to Be Consistent When You’re Under Pressure

Be in the Game and Ready to Play

Check out these posts! 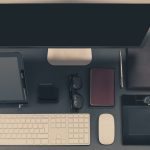 Make Your Small Business Work For You 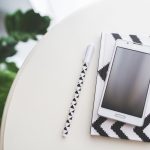 Does Your Communication With Clients Sucks?

Be in the Game and Ready to Play